Your Plastic Packaging Could Soon Be Replaced With ‘Vegan Spider Silk’

How to Generate HTML Reports With Screenshots in Cypress

Windows 11 will run Android apps thanks to Amazon and Intel 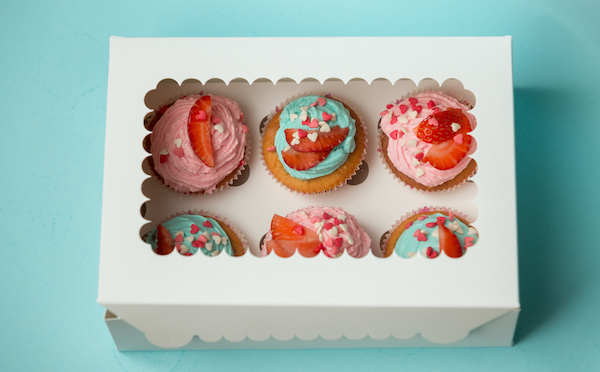 As the search for sustainable alternatives to single-use plastics continues, researchers at the University of Cambridge have looked to one of humankind’s greatest fears: the spider.

They have now invented “spider silk” that is eco-friendly and scalable for consumer product packaging. Plus, it’s plant-based, as no spiders are involved in the production of the material. Worry not, Peter Parker.

The intriguing “vegan spider silk,” as researchers of University of Cambridge-owned plastic startup Xampla call it, mimics one of the strongest materials in nature without the use of any animal byproducts. It is made up of a polymer film, along with a configuration of soy protein isolate molecules, and can thus hold its structure as well as plastic packaging.

“Other researchers have been working directly with silk materials as a plastic replacement, but they’re still an animal product,” explained postdoctoral researcher Dr Marc Rodriguez Garcia in a statement obtained by New Food Magazine. “In a way, we’ve come up with ‘vegan spider silk’ – we’ve created the same material without the spider.”

The researchers, from the University of Cambridge, created a polymer film by mimicking the properties of spider silk, one of the strongest materials in nature. The new material is as strong as many common plastics in use today and could replace plastic in many common household products.

The material was created using a new approach for assembling plant proteins into materials that mimic silk on a molecular level. The energy-efficient method, which uses sustainable ingredients, results in a plastic-like free-standing film, which can be made at industrial scale. Non-fading ‘structural’ colour can be added to the polymer, and it can also be used to make water-resistant coatings.

The material is home compostable, whereas other types of bioplastics require industrial composting facilities to degrade. In addition, the Cambridge-developed material requires no chemical modifications to its natural building blocks, so that it can safely degrade in most natural environments.

The new product will be commercialised by Xampla, a University of Cambridge spin-out company developing replacements for single-use plastic and microplastics. The company will introduce a range of single-use sachets and capsules later this year, which can replace the plastic used in everyday products like dishwasher tablets and laundry detergent capsules. The results are reported in the journal Nature Communications.

For many years, Professor Tuomas Knowles in Cambridge’s Yusuf Hamied Department of Chemistry has been researching the behaviour of proteins. Much of his research has been focused on what happens when proteins misfold or ‘misbehave’, and how this relates to health and human disease, primarily Alzheimer’s disease.

“We normally investigate how functional protein interactions allow us to stay healthy and how irregular interactions are implicated in Alzheimer’s disease,” said Knowles, who led the current research. “It was a surprise to find our research could also address a big problem in sustainability: that of plastic pollution.”

As part of their protein research, Knowles and his group became interested in why materials like spider silk are so strong when they have such weak molecular bonds. “We found that one of the key features that gives spider silk its strength is the hydrogen bonds are arranged regularly in space and at a very high density,” said Knowles.

Co-author Dr Marc Rodriguez Garcia, a postdoctoral researcher in Knowles’ group who is now Head of R&D at Xampla, began looking at how to replicate this regular self-assembly in other proteins. Proteins have a propensity for molecular self-organisation and self-assembly, and plant proteins, in particular, are abundant and can be sourced sustainably as by-products of the food industry.

“Very little is known about the self-assembly of plant proteins, and it’s exciting to know that by filling this knowledge gap we can find alternatives to single-use plastics,” said PhD candidate Ayaka Kamada, the paper’s first author.

The researchers successfully replicated the structures found on spider silk by using soy protein isolate, a protein with a completely different composition. “Because all proteins are made of polypeptide chains, under the right conditions we can cause plant proteins to self-assemble just like spider silk,” said Knowles, who is also a Fellow of St John’s College. “In a spider, the silk protein is dissolved in an aqueous solution, which then assembles into an immensely strong fibre through a spinning process which requires very little energy.”

“Other researchers have been working directly with silk materials as a plastic replacement, but they’re still an animal product,” said Rodriguez Garcia. “In a way, we’ve come up with ‘vegan spider silk’ – we’ve created the same material without the spider.”

Any replacement for plastic requires another polymer – the two in nature that exist in abundance are polysaccharides and polypeptides. Cellulose and nanocellulose are polysaccharides and have been used for a range of applications, but often require some form of cross-linking to form strong materials. Proteins self-assemble and can form strong materials like silk without any chemical modifications, but they are much harder to work with.

The researchers used soy protein isolate (SPI) as their test plant protein, since it is readily available as a by-product of soybean oil production. Plant proteins such as SPI are poorly soluble in water, making it hard to control their self-assembly into ordered structures.

The new technique uses an environmentally friendly mixture of acetic acid and water, combined with ultrasonication and high temperatures, to improve the solubility of the SPI. This method produces protein structures with enhanced inter-molecular interactions guided by the hydrogen bond formation. In a second step, the solvent is removed, which results in a water-insoluble film.

The material has a performance equivalent to high-performance engineering plastics such as low-density polyethylene. Its strength lies in the regular arrangement of the polypeptide chains, meaning there is no need for chemical cross-linking, which is frequently used to improve the performance and resistance of biopolymer films. The most commonly used cross-linking agents are non-sustainable and can even be toxic, whereas no toxic elements are required for the Cambridge-developed technique.

“This is the culmination of something we’ve been working on for over ten years, which is understanding how nature generates materials from proteins,” said Knowles. “We didn’t set out to solve a sustainability challenge — we were motivated by curiosity as to how to create strong materials from weak interactions.”

“The key breakthrough here is being able to control self-assembly, so we can now create high-performance materials,” said Rodriguez Garcia. “It’s exciting to be part of this journey. There is a huge, huge issue of plastic pollution in the world, and we are in the fortunate position to be able to do something about it.”

Apart from structural integrity, the material is water-resistant, doesn’t fade in color, and can easily be composted at home.

And unlike many existing plastic substitutes, vegan spider silk can reasonably be produced on an industrial scale.

Xampla is financing the material’s commercialization in hopes that single-use plastics would one day be phased out.